Endless Runner Games are loved by everyone for many reasons. These type of games are best to kill time. So, if you are traveling to a far place and you know that you are going to be seated for a long time then an Endless Runner game could be a lifesaver for you. Anyhow, apart from that, Endless Runner Games are still part of our daily life. These games are famous among children as well because it’s very easy to learn. Game controls are limited to making the character jump, attack, or perform special actions. In this Android Tutorial, we have listed down 5 best Endless Runner Games for Android which won’t let you get bored.

Another reason behind the success of these endless runner games is their humble requirement for mobile hardware in order to run them. You can run and enjoy any endless runner game on your mid-range Android Device with ease. Having said that, a flagship device would definitely give a next level gaming experience. However, you can thoroughly enjoy such games on a mid-range device.

No matter how cool a game is, a human gets bored of it after some time. Change is embedded in our human nature so why stick to a game title when you can enjoy different titles from time to time. So, below is the list of 5 best Endless Runner Games for Android in 2019.

Temple Run 2 is one of the most famous Endless Runner Games available in the market for Android. Initially, you might find the game a bit difficult but as you get used to the mechanics of the game you would find it very interesting. One of the drawbacks of the game is that collecting coins in the game is a bit difficult when compared to other such games. But this difficulty turns into excitement as you get a new environment and more rewards as the level ups. 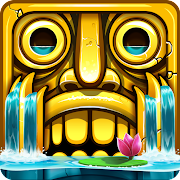 How can you miss out on Subway Surfers when the topic is about endless runner games. Subway Surfers is one of the best in business. It surpasses Temple Run 2 by a huge margin in terms of downloads and popularity. Subways Surfers has many features to use and there are many things to discover in the game. However, the downside of the game is that it has a single surrounding. Meaning you just keep on running straight trying to out-run the grumpy policeman and his dog. As the name suggests, the game takes place on a railway track. The character steps into a railway cart and starts the exploring frenzy. While riding in the railway cart you have to collect precious stones and gems. However, this won’t be easy. You will face different obstacles on your journey of exploration. You have to keep on passing those obstacles in order to prolong your game. The longer you survive the game the more points and gems you will get. The best thing about Rail Rush is its graphics. The game has excellent graphics. 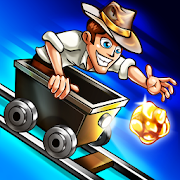 It’s another amazing Endless Runner Game in which run as Lara Croft and try to keep her alive for as long as possible. In the beginning, it is quite similar to the Temple Run. However, the deep game levels and the different environments make it unique. The powerups and other exciting features are also available in the game. The game has mesmerizing graphics and once you start playing the game it’s really hard to yourself from playing it. Lara Croft Relic Run deserves to be in the list of 5 Best Endless Runner Games for Android in 2019. Temple Run 2 has been a very successful endless runner game but it’s predecessor Temple Run still has a very strong fan following. There are thousands of people who still prefer playing Temple Run instead of Temple Run 2. The game is full of fun and adventure. The game has 100M+ downloads on play store and has 4M+ reviews. You can now understand the popularity of this game.

This concludes the list of 5 best Endless Runner Games for Android in 2019. All the above-mentioned games are freely available to download from the Google Play Store.

K. Zed - January 6, 2018 1
You can download Nokia 2 Stock Wallpapers in HD Quality from this post. Nokia was once the most valuable brand in the smartphone industry. But...

How To Install TWRP 3.2.3 Recovery On Xiaomi Mi A2 Lite

January 16, 2019
We use cookies to ensure that we give you the best experience on our website. If you continue to use this site we will assume that you are happy with it.Ok