Ad blocking apps for Android are available in the market for a very long time. There are several apps which serve the purpose of blocking annoying ads on your Android Phone. However, almost all these apps require root access to function. This is because, unlike iOS, Android doesn’t provide ad blocking feature natively. This makes sense since Google’s business model heavily relies on Ads — Adsense being the world’s biggest  Ad Network. Google doesn’t allow any of the ad blocking apps on Google Play Store, therefore, users who want to block ads and also don’t to want to root their devices have to resort standalone browsers which support have ad blocking feature. Amongst many, Bromite is the latest ad-blocking Android Browser, which is a port of NoChromo, which doesn’t require root access to get installed on your Android phone.

According to the developer, csagan5, Bromite was started as an open-source project under GPLv3. Which means developers from all around the world can contribute to the project to achieve optimal results. The developer also stresses that Bromite doesn’t  leak IP addresses via WebRTC and it includes other patches focused on privacy, like the conversion of AMP search results from Google search results.

Therefore, if you are looking for an ad-blocking Android Browser, which respects your privacy and also doesn’t require root than Bromite is the answer. You can download Bromite APK for Android from the link given below.

Please let us know how did you find this ad-blocking Android browser. 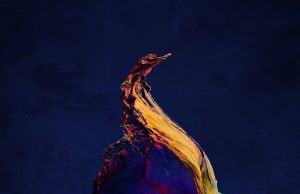 Zunair - June 6, 2017 0
The OnePlus 5 is coming later this month and it’s already confirmed that OnePlus 5 is expected to have high end specifications and is...

How to Wipe Cache Partition of Galaxy S8 and S8 Plus

April 1, 2017
We use cookies to ensure that we give you the best experience on our website. If you continue to use this site we will assume that you are happy with it.Ok