It’s not near to impossible that you own a smartphone and you don’t have Facebook App installed on it. Facebook is the most popular social network ever existed on the internet. Here today we will tell you how to install Facebook++ IPA on iOS 10 powered Apple’s iPhone and iPod Touch devices without Jailbreak. You must be wondering why should I install modified Facebook++ IPA when there is a complete Facebook app available on App store.

Well, you are in for a treat here. only after installing Facebook++ IPA you will realize that it was worth giving a try. There are a lot of features which are not available in regular Facebook App. The most relieving feature is that this modified Facebook++ App for iPhone and iPod Touch invokes the old in-app Messenger and through that Messenger, you can send unlimited amounts of photos. Moreover, you can download videos directly from your News Feed. There are much more customizations which you would love.

Now that you are convinced that you need this beautiful modified Facebook++ App please see our guide below and follow it step by step. 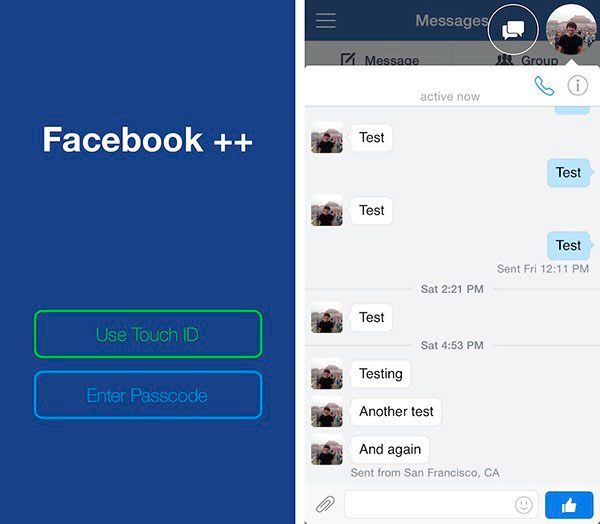 That’s it! Facebook++ is installed successfully. Now whenever your friend sends you a message on Facebook you won’t have to open it in standalone Facebook Messenger App.

How to Boot Galaxy S9 into Safe Mode

How to Install Systemless Xposed on Android Oreo