Mobile Battleground is the MOBA game for Android developed by Blitz. The game has received another update in the month of December on December 19, 2017. In the update, Blitz has fixed many bugs which were disturbing the users. So, as soon as you download Mobile Battleground 1.0.5 APK for Android and install it on your device you will feel a sudden performance boost. Further three heroes Tina, Moskov, Johnson are introduced. Mobile Battleground MOBA is 3v3 Shooter Showdown in which you only have 3 Minutes to finish the battle. 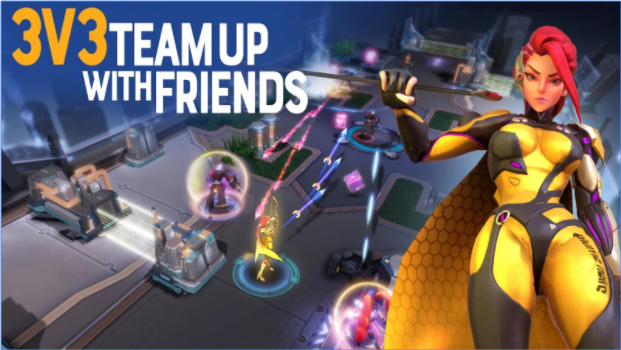 In Mobile Battlegrounds battles are won by your tactical and strategic skills. You can summon powerful heroes to attack, dodge, gank, and counter. As your team climbs the ranks you will be engaged in furious battles with more difficult opponents. The graphics of the game are eye-popping, character models are built with precision. Moreover, the game has stunning battle maps. All in all, the three minutes battle will give you an adrenaline rush. So, what are you waiting for, download Mobile Battleground 1.0.5 APK from below link.

Download Poweramp Beta APK for Android – Gets a Complete UI...

April 17, 2017
We use cookies to ensure that we give you the best experience on our website. If you continue to use this site we will assume that you are happy with it.Ok