It’s been quite a time now since Android Oreo is released. All mobile manufacturers are working hard day and night to release timely updates to their users so they could enjoy the latest Android Oreo. The LG users must be searching day in day out that ” will my LG smartphone gets Android Oreo update or not”. Definitely, the latest flagship devices released by LG like LG G6 and LG V30 are going to get Android 8.0 Oreo update. The main question mark is for those who are using little older or mid-range LG phones. Well, to solve this mystery we compiled a List of LG Devices to Get Android 8.0 Oreo Update. It seems like LG has decided to release frequent updates for flagships while ignoring their mid-range devices.

List of LG Devices which won’t get Android 8.0 Oreo Update 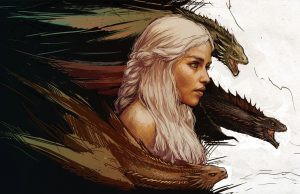 Zunair - December 17, 2017 2
Last Day on Earth Survival is a one of a kind MMORPG title where you have to survive in order to win. Last Day...

November 14, 2018
We use cookies to ensure that we give you the best experience on our website. If you continue to use this site we will assume that you are happy with it.Ok