The mighty Disney had launched its streaming service on 12th November 2019 in the United States. And as we write, the number of subscribers has already surpassed 10 Million subscribers. However, if you are living outside the United States then you won’t be able to enjoy the latest streaming service called Disney+. But there’s a way through which you can watch Disney+ outside the USA. You can stream Disney+ outside US by using a great VPN app. In this Android tutorial, we are going to list down some VPNs that you can you use to watch Disney+ outside US. Following is the list of Best VPN to Stream Disney+ Outside US.

Disney is one of the biggest media houses in the world. They have an abundance of content at their disposal. Therefore, Disney decided to launch its own streaming service instead of giving their content to other services like Netflix. Same like Netflix, you will be able to watch your favorite cartoons, TV shows, Serials, and Movies owned by Disney+. To give the best value to its subscribers and to muscle its way into the market, Disney+ might pull-down all of its content from all other streaming services and make all the content available only on Disney+. This strategy will force Disney content lovers to subscribe for Disney Plus.

Anyhow, the downside with Disney+ is that it’s going to be launched in a handful of countries at the moment. Even by 2020, the list of the countries isn’t expected to increase exponentially. So, it’s quite possible that you will have to use a VPN as a final resort in order to watch Disney+.

Apart from masking your identity online, VPNs are also used to access online content which is not available in your country. For instance, Disney+. The streaming app can only be downloaded from Play Store in the countries where it’s going to be launched officially. The users in other countries can still download Disney+ APK and install it on their Android devices. But still, in order to stream Disney+ outside US, you need a solid VPN. The following are some VPNs that are very user-friendly and can easily enable you to watch Disney+ outside the US.

Best VPN to Stream Disney+ Outside US

Even though Disney+ will be able available in other countries very soon, but still it’s far from reaching the maximum audience all around the world. Therefore, many of us would have to rely on VPNs for quite some time in order to enjoy Disney+. So, below are some VPNs that will efficiently get around geo-restrictions while trying to watch Disney+.

NordVPN is one of the best available in the market. With over 5100 servers installed around 59 countries, NordVPN becomes an obvious choice for your daily needs. So, if you want to watch Disney+ in any country then you must test NordVPN. Disney Plus Streaming service works pretty well here. The Cyberghost stands tall with 5745 servers installed around 90 countries. This VPN is tried and tested with Netflix, so, it’s bound to work great with Disney+. This VPN can easily bypass all the restrictions set on your internet. If you are looking for a VPN that is compatible with a number of devices then Cyberghost is for you. You will find Cyberghost for Windows, Android, macOS, Linux, Firefox OS, and even the Firestick. 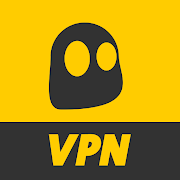 VyprVPN specializes in online streaming. The VPN was used for major video streaming services like Netflix, Prime Video, and now it supports Disney+ as well. It will allow you to watch Disney+ outside Us as smoothly as possible. It supports more than 60 locations, so you can choose a location that has Disney+ services enabled in it. 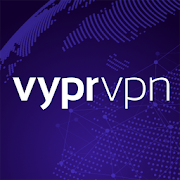 Zunair - June 6, 2017 0
The OnePlus 5 is coming later this month and it’s already confirmed that OnePlus 5 is expected to have high end specifications and is...

November 7, 2018
We use cookies to ensure that we give you the best experience on our website. If you continue to use this site we will assume that you are happy with it.Ok