Android O Developer’s Preview was released back in March. The purpose of developers preview is that app developers could make sure that their developed apps will work fine when the latest Android is released. Therefore, Android O cannot be used as your daily driver at the moment. Anyways, the most distinctive feature of Android O is Customizable Nav Bar, Android users really long for this feature. In Android O Nav Bar Customization is located in System UI Tuner. The good news is, Nav Bar Customization is not only restricted to Android. Nougat users can also Customize nav bar on their devices. Here we will guide you on How to customize the nav bar in Android 7.X Nougat.

It turned out that the commands which are used in Android O developers Preview also works with Android Nougat 7.X. There is an application Custom Navigation Bar developed by an XDA Member paphonb. With this app, you can easily Customize nav bar on Android Nougat. All you have to do is to install the App and send a command to get going, you can see the steps for How to customize the nav bar in Android 7.X Nougat below.

You don’t need a rooted device in order to install Custom Navigation Bar. The app will work with any device running Android Nougat. Just keep in mind that you need to have stock or near to stock ROM installed on your Device.

Now without any further a due, lets jump straight to the guide on How to customize the nav bar in Android 7.X Nougat.

How to customize the nav bar in Android 7.X Nougat 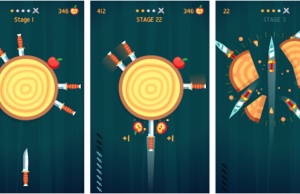 K. Zed - April 12, 2018 0
Throw the knives into the logs to break them. Slash the apples and unlock new knives. Yes, we are talking about the Knife Hit...

How to Download Clash of Clans 9.24.7 APK for Android

How to Find Downloaded Files on Android

May 27, 2017
We use cookies to ensure that we give you the best experience on our website. If you continue to use this site we will assume that you are happy with it.Ok