Any app which doesn’t get updated with time vanishes from the minds of the people and eventually gets replaced some other app. But in case of Poweramp it was quite the opposite. Despite, having nearly zero updates since September 2016, the app remained the choice of audiophiles. It supports a wide range of audio files including mp3, m4a, ogg, wma, flac, and others, as well as including an internal equalizer, crossfade, gapless playback, support for displaying lyrics (powered by Musixmatch) and a whole lot more. Poweramp currently has a very casual design which is not very appealing, however, this void is filled with features it has to offer. This is the reason it remained popular despite having zero updates since September 2016. Anyhow, the tables have turned and Poweramp has finally received a massive update. The app gets a complete UI overhaul and you are going to love it.

You can download Poweramp Beta APK for Android, but be informed that there some features which are not working in this beta release. Like some library categories, playlists, and more is missing from this version. If you’re happy with your current Poweramp installation, do not download this. However, if you want to experience the absolutely gorgeous IU of Poweramp than go ahead download and install the latest release.

The most noticeable change being made in the latest Poweramp version is its modern UI design. The new design includes butter smooth animations for transitions throughout the app and the “Now Playing” screen shows the blurred version of the song’s cover as the background. Moreover, notifications are also updated to support the new notification format introduced in Android Nougat and Android Oreo.

The full beta version with all features will be released somewhere in May. However, for the time if you want to check the awesome new UI of Poweramp than download Poweramp beta APK for Android and install it right now. 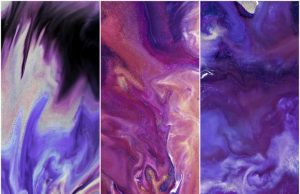 How to Download and Install Pokemon Go++ 0.57.4 Hack for Android

November 15, 2018
We use cookies to ensure that we give you the best experience on our website. If you continue to use this site we will assume that you are happy with it.Ok