Saiyan Arena Online has received its first update of 2018. The game is still in beta mode but it’s already very popular among the Android gaming community. The latest update got released on January 3, 2018, with the version number 58.4. You can download Saiyan Arena Online APK for Android from this post. Saiyan is a fictional extraterrestrial race in the Dragon Ball Manga series. Therefore, in this game, you are Saiyan warrior and you take on other warriors from all over the world to determine that who is the toughest and strongest. During the course of the game, you unlock different playable characters and transformations in order to overpower your opponents.

Transformations must be unlocked in the store. When your character has the ability of transformation, the ST bar, at the top left corner of the screen, will go up along with the power-up bar. Once the bars are filled the transformation will take place. Between ST and Power up bar, there is another Ki bar, when the Ki bar is filled you can fly. While you are flying, your Ki will be consumed. 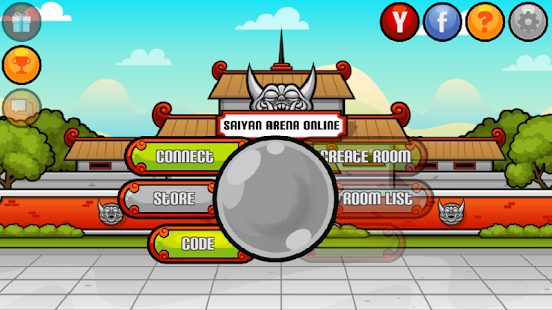 The game is not available in Google Play Store yet. So, you have to download Saiyan Arena Online APK for Android and install it on your device directly.