Get ready to surf in Christmas Theme in Saint Petersburg as Subway Surfers has received an update on 30 November 2017. With this update, the game version is bumped to 1.80.1. You can download Subway Surfers 1.80.1 APK for Android from this post. Since the launch Subway Surfers has been the most successful endless runner mobile game. All you have to do is run and dodge the oncoming trains and other obstacles. The whole idea of the game is to lose grumpy Inspector and his dog. During the run collect as many coins as possible which will help you unlock different items in the game.

I installed Subway Surfers for the first time in 2012 and since then whenever I change the mobile this first game which takes place on my new smartphone is Subway Surfers. The game is not very demanding in terms of hardware. All you need is a reasonable Android smartphone running on Android 4.1 and up. 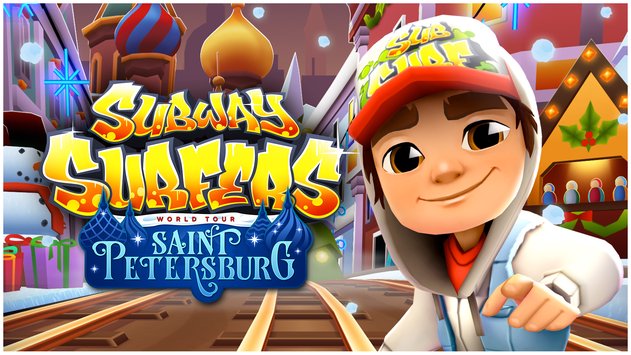 So, what are you waiting for; download Subway Surfers 1.80.1 APK Christmas Update and install it on your Android phone now.