Games nowadays are heavily dependent on a stable internet connection. If you don’t have a good internet connection then you are prone to Network Error while playing the game. You cannot blame the game company for having a limited amount of servers to handle the traffic. No matter how many servers a company installs the error still can occur. NetEase has just released FortCraft and users all over the world are going berserk after it. Which means there is a lot of load on servers, as we know FortCraft is a Battle Royale game and to play it you need to have a steady internet connection. Users have reported that they are facing Network Error while playing FortCraft. Therefore, in this post, we are going to tell you How to Fix FortCraft Network Error.

Network Error could arise due to many reasons, therefore, below are some of the possible solutions for FortCraft Network Error.

How to Fix FortCraft Network Error

Below are some of the measures which you could take to avoid Network Error in FortCraft in future.

The first thing you should take into account is that which server you choose. When you log into the game you get to choose from servers. Your natural choice of a server would be based on your area like Europe, US, Asia, etc. However, it might not be the wisest choice, you should try servers from all around the world. Since maybe the server of your region is too much crowded and constantly giving Network Error. So, always try new server locations.

The next thing you could do to fix FortCraft Network Error is lowering the graphics. I know this might be a hard choice for some, as you wouldn’t want to compromise on graphics. But higher graphics means higher communication packets sent and received between the server and your device. Therefore, if your server is crowded the game will definitely throw network error. Lowering the graphics will also result in higher game performance for mid-range devices.

Always play the game on Wi-Fi and not on Cellular Data. FortCraft, being Battle Royale game, requires a lot of bandwidth in order to work properly. Therefore, a solid Wi-Fi connection is always recommended over a Cellular Data. Playing game on Cellular Data often results in Network Error.

We hope that the above steps would fix FortCraft Network Issue. If you have any other tip, please feel free to drop it in the comments section. 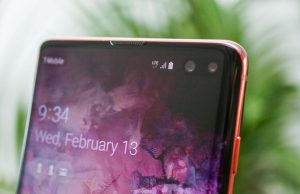 Zunair - November 29, 2017 0
Playerunknown’s Battlegrounds PUBG for MAC and PC is finally arriving in a completely different way. The most popular last man standing shooting title is...

How to Insert Or Eject SIM Tray on Galaxy S9/S9+

January 28, 2017
We use cookies to ensure that we give you the best experience on our website. If you continue to use this site we will assume that you are happy with it.Ok