Google released Android P Developer Preview just last week for Pixel Devices. You can download and install Android P Developer Preview on Pixel, Pixel XL, Pixel 2, and Pixel 2 XL devices. This developer preview is not even beta phase, it is released with very limited features. The purpose of this release was that developers could make their apps compatible with the latest upcoming Android 9.0 P. Anyhow, one of the most noticeable changes in Android P is the brand new media controls. Instead of a slider that drops down from the top of the screen, the new volume control pops out from the side. In this Android Tutorial, we will tell you How to get Android P Media Controls on Any Android Device.

A senior XDA member yogi.306 has created an app called, Android P Volume Slider, which will bring Android P Media controls on your Android device. The best thing about this app is that it gives you customization options for the volume slider. Therefore, you can put it in different places on the screen. So, you don’t have to wait for the release of Android 9.0 P. Just download the app by following the below guide and get Android P Media Controls on any Android device.

How to Get Android P Media Controls on Any Android Device 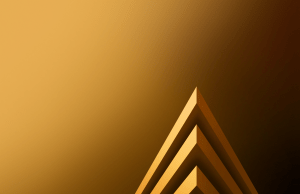 How to Download and Install Android Oreo Beta on Nokia 6

How to Turn off Predictive Text on Galaxy S8/S8+

How to Unlock Bootloader on Razer Phone

November 22, 2017
We use cookies to ensure that we give you the best experience on our website. If you continue to use this site we will assume that you are happy with it.Ok