Whenever we see a guy working in Command Line Interface it seems like they are hacking the world with their keyboards. Where in reality they are just telling the machine what to do and what not to do. But it’s a fact that CLI seems very intimidating to the layman who is not familiar with it. What if I tell you that there is an Android Launcher which converts your Android Home Screen into Command Line. This means no more tapping to launch apps or making calls. You will have to send commands to communicate with your device. In this tutorial, we will tell you How to Transform Your Home-Screen Into a Command Prompt With Linux Style Launcher.

Francesco Andreuzzi, developed a launcher called “Linux CLI Launcher”. This basically converts your home-screen into a terminal window. It means now you will have to type commands to do things which otherwise are performed by just tapping. It seems like a very tough task, but Linux CLI Launcher is developed to make thing easier. We will tell you how the launcher works by giving examples. The other great feature of Linux CLI Launcher is that it blends perfectly with rest of the system means you can access your device’s status and navigation bars like you normally would.

So, if you are ready to transform your mobile home-screen into terminal window then follow below guide.

At first, it will look like that it’s impossible to use your mobile with your home-screen transformed into a terminal window. But the Linux Style Launcher has some really interesting features which will make your experience really easy. With the launcher’s shortcut feature it gives instant suggestions as soon as you start typing. For example, typing “F” will pop up all the apps and programs starting with letter “F”. So, if you want to launch Facebook then simply type “F” and select the Facebook from the list and hit enter to launch it.

These are some basic things which you can do with Linux Style Launcher. Install this amazing launcher to explore it further. 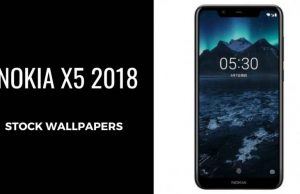 April 5, 2020
We use cookies to ensure that we give you the best experience on our website. If you continue to use this site we will assume that you are happy with it.Ok