Today we are going to put two mega titles against each other and see which one is the winner. Let’s compare Call of Duty Mobile to PUBG Mobile in this Call of Duty Mobile vs PUBG Mobile post. Some people would argue that comparing Call of Duty Mobile to PUBG Mobile is not fair, considering the deep and successful background of Call of Duty Franchise. In my opinion, drawing a comparison is fair since games like PUBG Mobile and Fortnite have been mega hits in battle royale scenario. In terms of downloads and revenue Call of duty, mobile beats PUBG mobile hands down without an iota of doubt at this moment. COD Mobile has seen one of the most successful launches in the history of mobile gaming. COD Mobile is already downloaded 100 Million times from App stores in the first week. 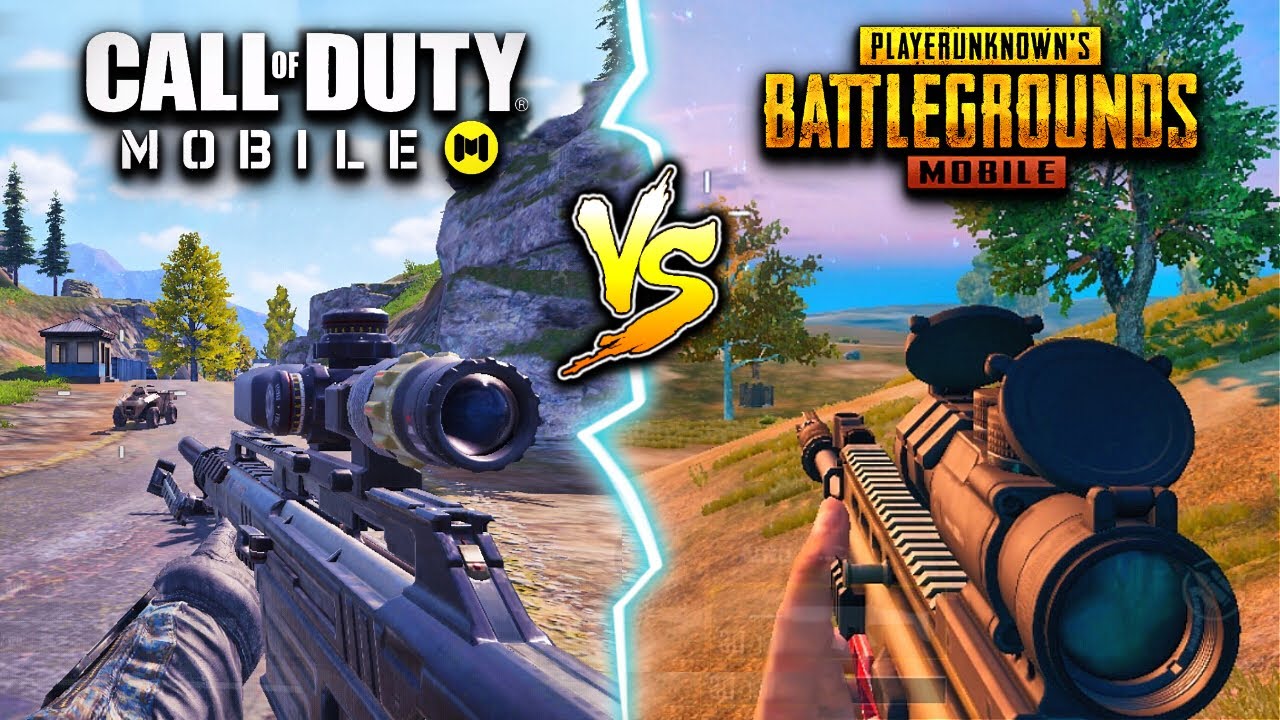 In comparison, Mario Kart Tour reached 90 million downloads in its first week, making it a close rival. The game in question, PUBG Mobile, had recorded less than 30 Million downloads in its first week of launch. That’s way too low in comparison to COD Mobile. However, there’s a catch here — We cannot ensure the success of Call of Duty Mobile based in these first-week stats. For, as I mentioned earlier, Call of Duty has a long history, and COD Mobile was drawn from all experience COD franchise had acquired. So, we can assume that many downloaded the game just to compare to the original franchise.

These users are not sustainable — they will return to their traditional platform pretty soon. Which leaves COD Mobile in a bit of nervous situation because PUBG Mobile didn’t have stellar figures in its first week — PUBG Mobile did not start monetizing until two months after launch.

Call of Duty Mobile vs. PUBG Mobile In Terms of Downloads

While COD Mobile is smashing its rivals, this could all change in the coming months. Modern Warfare will be launching soon on PS4, Xbox One and PC, and it might pull away those initial players from the mobile platform. This is where PUBG Mobile can take lead over COD Mobile.

COD Mobile vs. PUBG Mobile In Terms of Revenue

The other indicator which determines the success of a game is Revenue. Call of duty mobile easily beats its rival PUBG Mobile on this front as well.   Call of Duty Mobile made $17.4M in revenue in the first week of its launch. All this revenue was collected on account of player spending. “During its first week, Call of Duty Mobile brought in $17.4 million in player spending, putting its average gross revenue per download at around $0.17,” Sensor Tower confirms.

If we further breakdown first week’s revenue — United States tops the chart. The US players have spent $7.6M, followed by $2.4M and $848,000 spent by Japanese and Brazilian respectively.

PUBG Mobile only generated just under $600,000 in the first week of adding spending options. This is way less than the juggernaut revenue figure of COD Mobile. However, the same question pops-up again — will Call of Duty Mobile continue to sell like this even after the release of Modern Warfare on PC, PS4, and Xbox One. Whereas, in comparison, PUBG Mobile is going pretty strong and it seems like the popularity of it is not slowing down anytime soon.

The conclusion is that on paper Call of Duty Mobile looks a pretty strong contender to sweep the battle royale genre with popularity and all. On the other hand, PUBG might not be a glorious brand like COD but it’s going pretty strong and we are not seeing any downfall in its popularity in the near future. Also there’s going to be some new titles for releasing soon.

How to Install ADB and Fastboot System Wide in Windows

How to Fix Rules of Survival Network Error

November 26, 2017
We use cookies to ensure that we give you the best experience on our website. If you continue to use this site we will assume that you are happy with it.Ok