Dracula is supposed to be a frightening and horrible character. There are many horror movies made on Dracula in past, but things changed completely when Hotel Transylvania got released back in 2012. It was a fun filled movie presenting Draculas and Monsters as a funny character. Just recently, Sony Pictures Television launched a game called Hotel Transylvania Monsters. It’s a fun packed Puzzle Action Game, in which all the monster gang including Join Drac and Mavis has a role to play. The carries a very simple storyline, all the monsters will play to win the Blood Moon Festival. Through the ages, there has always been a playful competition between Drac and the gang in which all the monsters wants to prove them as the scariest creature in the land. You can download Hotel Transylvania Monsters APK for Android from this post.

It has a very intriguing gameplay, there are tons of enjoyable puzzle levels where players mix gem breaking with special Abilities. The game has both single-player and versus battle mode. Hotel Transylvania Monsters is loaded with tons and tons of content for Single Player, so you won’t get bored of it that’s for sure. On the other hand, if you are in versus battle mode then take your strongest monsters and compete with the players from all around the world. Over 50 unique monsters can be collected and upgraded in many different ways. Combine them into teams to compete against other monsters. 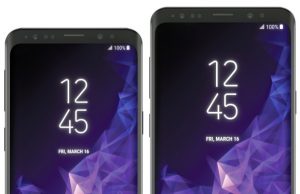 May 20, 2017
We use cookies to ensure that we give you the best experience on our website. If you continue to use this site we will assume that you are happy with it.Ok