In this Android Tutorial, we are going to tell you how to enable Picture in Picture Mode on Desktop Google Chrome 68+. The picture in Picture (PiP) is one of those features which are convenient to use on an Android device rather than desktop PC. Google Chrome on Android 8.0 allows full-screen videos to work in a smaller, reduced window which is drawn over all other applications. This way you can keep on using other applications while the video continues to play in the part of your screen.

Although Picture in Picture mode might not be as practical on Desktop Google Chrome as it is on Android Device. Anyhow, we like to have smartphone features on our Desktop PCs as well. Therefore,  a Reddit user kasik96 has shared a tutorial in which he has told how to enable Picture in Picture on Desktop Google Chrome 68+. Before, going any further keep in mind that this extension only works in Chrome 68 or later.

So, if you have Chrome 68 or later then it’s time to tell you How to Enable Picture in Picture Mode on Desktop Google Chrome 68+. 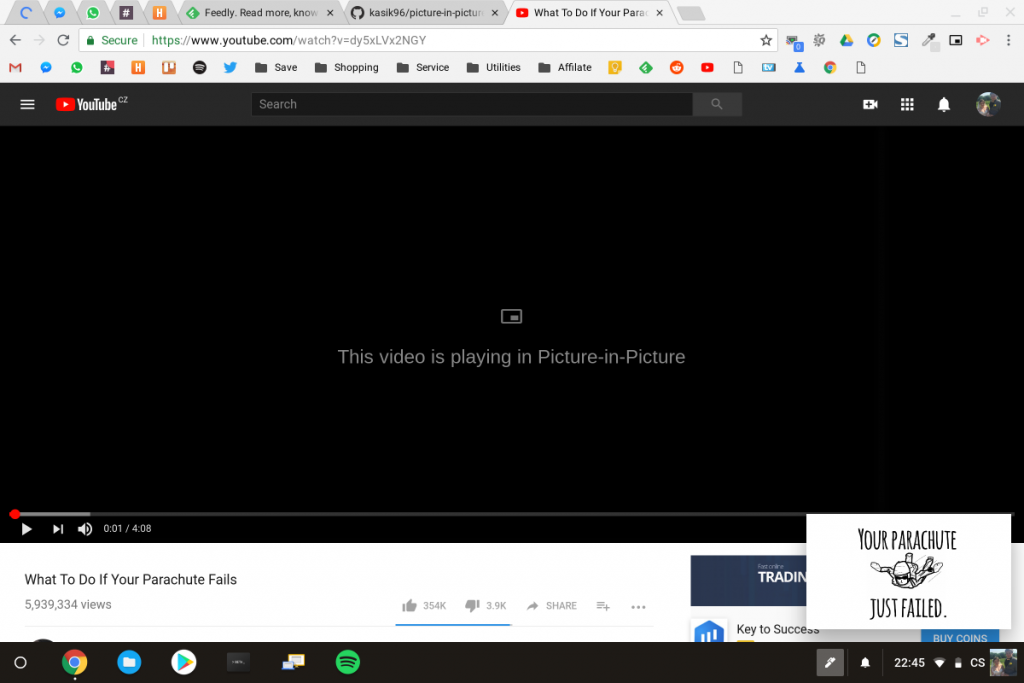 That’s it! This is how to enable Picture in Picture Mode On Desktop Google Chrome 68+.

How to Play As Sonic in PAC-MAN on Android

What is Fortnite Custom Matchmaking Key and How to Get it?

April 14, 2018
We use cookies to ensure that we give you the best experience on our website. If you continue to use this site we will assume that you are happy with it.Ok