Samsung released the last Mini version for its Galaxy flagship device back in 2014. It’s been three years since the last Mini version of Galaxy S5 was released. Now it is 2017 and Samsung Galaxy S8 and S8+ swept the market with their awesomeness, they are arguably the best smartphones of 2017. Anyways, the rumors are on loose on the internet which is suggesting that we are going to have a mini version of the beasts. Yes, Samsung is about to release Galaxy S8 Mini after three years. In this post, we will look at all the rumors available regarding Samsung Galaxy S8 Mini Specs, Price, Design and release date. 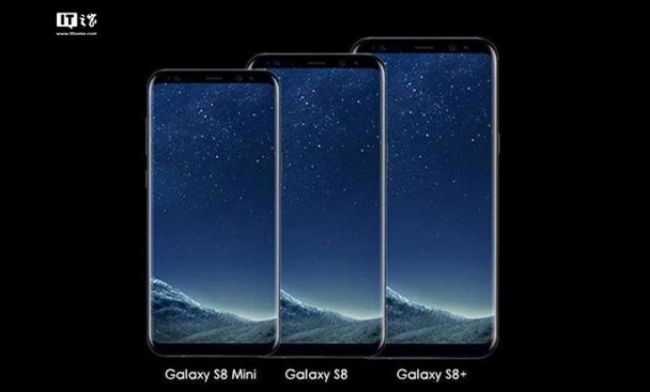 As the leaked images suggest, Galaxy S8 Mini will get a similar design compared to Galaxy S8 and S8+. It’s highly likely that the phone will get a 5.3-inch display which would actually feel like a 4.7-inch phone as it has an extra-wide aspect ratio of 18.5:9. Even with the smaller screen-size, Infinity Display will give stunning user experience.

Unlike previous Mini Galaxy device, this one is not going to be a mid-range phone. As shown in the leaked images of Galaxy S8 Mini, the design looks high-end and the major difference would be screen size only. Not much is going to be stripped off from Galaxy S8 Mini, so the price tag will be in the neighborhood of $725. The phones coming with this price tag often fall in flagship category. Therefore, we don’t think that Samsung will market it as an affordable phone. The phone is still going to be high-end with a smaller screen size.

Please let us know if you have any information about Samsung Galaxy S8 Mini in the comments section.

Everything we know about the Samsung Galaxy S9 and Galaxy S9+

Minimum Requirements and Release Date for Fortnite Mobile for Android

August 4, 2018
We use cookies to ensure that we give you the best experience on our website. If you continue to use this site we will assume that you are happy with it.Ok