Twitter for mobile is getting a complete overhaul and coming with some major fixes. In the next update for Android and iOS, Twitter is getting a pure black night mode. Twitter already has a Night Mode but it always felt weird because of its dark blue shade. Twitter is rolling out a new Night Mode called,“Lights Out”. Twitter announced this on its official account:

It was dark. You asked for darker! Swipe right to check out our new dark mode. Rolling out today. pic.twitter.com/6MEACKRK9K

The iOS users can switch this feature ON by opening the side drawer and hitting the lightbulb icon at the bottom. The Android users will have to wait a bit more but they can install the APK manually on their device. Here is the difference between the old night mode and the new pure black night mode called the Lights Out. 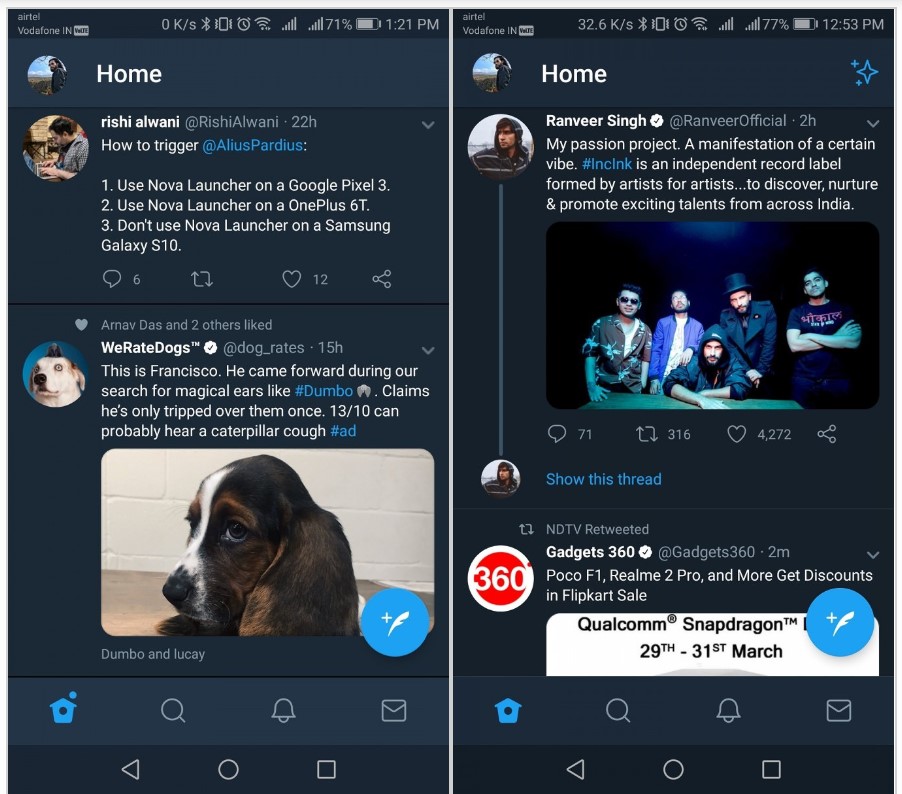 How to Install Android Oreo CRA1 Build on Galaxy S8/S8+

January 5, 2018
We use cookies to ensure that we give you the best experience on our website. If you continue to use this site we will assume that you are happy with it.Ok