Solitaire Card game was released back in May 1990 and since then it’s been played millions and millions of players on daily basis. Just a couple of years back Solitaire made its way to mobile gaming and Zynga games released it for Android devices. However, after that the game development went in hibernation mode and we didn’t see a single update up until now. Zynga has just released an updated version of Solitaire. The game version is now bumped to 3.5.3.1. You can download Solitaire 3.5.3.1 APK for Android from this post.

This game has been pinnacle of entertainment for over two decades now.  The game is a real boredom killer. Once you get started, it’s hard to stop playing this game. When life is giving you lemons, hold on for a second and start playing solitaire on your Android mobile. The game is a real stress-reliever. Also, since it’s a card game it keeps your mind sharp and healthy. So, apart from enjoyment if you are looking for some mental activity this is the game for you. 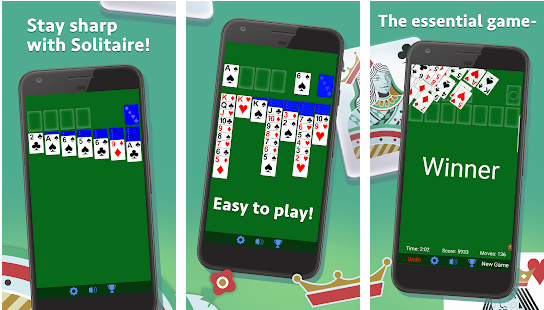 How to Switch Software Buttons on Samsung Galaxy S8

September 26, 2017
We use cookies to ensure that we give you the best experience on our website. If you continue to use this site we will assume that you are happy with it.Ok