LG G6 is the latest Android flagship which was launched in February 2017 and it comes with a 5.7 inch touchscreen with 1440p resolution and the pixel density of 564 ppi. The device is powered by Snapdragon 821 chipset and 4GB of RAM and comes with Android 7.0 Nougat out of the box. Despite of having some amazing specification, the LG G6 isn’t selling well and the major reason of its low sales is because LG G6 has some major issues which are causing big problems for users. Some users even reported jaggy display corners but it’s resolved now. 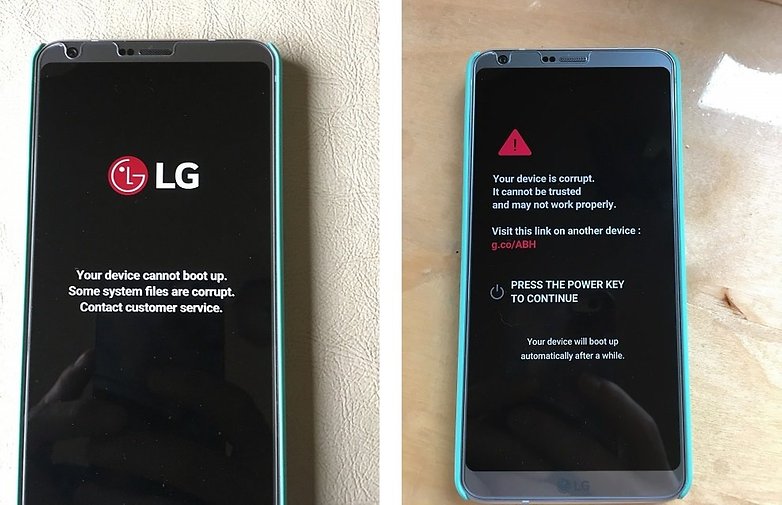 How to Fix “Device Corrupt” Error on LG G6:

Recently, some users reported an annoying issue on their LG G6. Sometimes, the LG G6 randomly crashes and when they restart the device an error message is displayed on the screen which says, “Your device is corrupt. It cannot be trusted and may not work properly”. This error message will appear for 10 seconds and then the device will boot normally like there’s no issue at all. This error could give a big shock to new Android users.

Some users even posted this error on LG’s official forums but so far there’s no official solution for this error. If you get “Device Corrupt” error on LG G6 then you just need to restart the device. Sometimes, it may take 3-4 tries to boot normally but if still receive the error then the only solution is to do a complete factory reset.

If you are still getting this issue do let us know in the comments section.

How to Install XXU2BQH3 Android 7.0 Nougat Firmware on Galaxy S8...

How to Enable OTG Support on Huawei P9 Lite

July 28, 2017
We use cookies to ensure that we give you the best experience on our website. If you continue to use this site we will assume that you are happy with it.Ok