In this Android tutorial, we are going to tell you how to fix stuck at NAND Write in Odin. Odin is the official utility to flash latest firmware files on Samsung devices officially. The process is pretty safe and official thus it’s used by millions of users. However, despite being pretty simple, sometimes you would encounter issues which are very easy to fix but with them being around you wouldn’t be able to flash the firmware on your Samsung phone. One such issue is — Odin stuck at NAND Write Start. 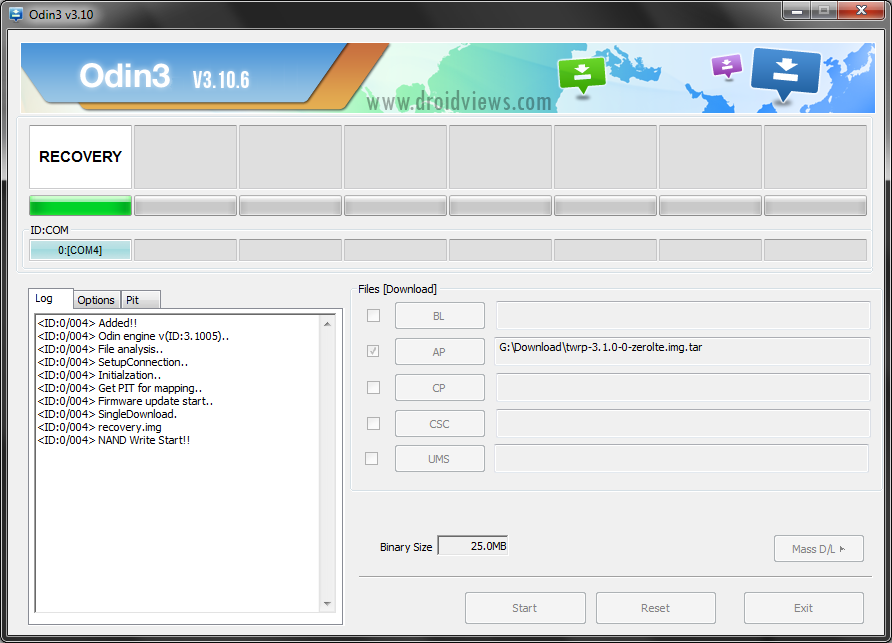 Before heading towards the solution to this problem, first, let’s take a quick look at what is NAND Write and why it sometimes stuck in Odin. NAND is the non-volatile memory (NVM) that saves data when your phone is turned off. Before Odin starts to flash the new firmware on your Samsung devices, it does write the NAND. This is the most integral part of the whole process because if Odin fails to completely write the NAND it won’t go any further and you wouldn’t be able to flash the firmware on your phone.

The good thing is that if you are stuck at NAND Write, it won’t harm your existing installation. Which means, at any point, you can disconnect your phone from the PC and turn it on back into the existing installation. However, you are here because you want to upgrade your firmware and want to get passed NAND Write which stuck at the moment. NAND Write takes approximately 3 to 4 minutes to complete. If takes longer than that then it means it got stuck and you need to find a solution to get passed that stuck phase. Keep on reading, below is how you can fix stuck at NAND Write in Odin.

How to Fix Stuck at NAND Write Start in Odin

It’s really hard to determine the exact reason as to why the Odin gets stuck at ‘NAND Write Start’. Below are some of the steps which could take in order to fix the issue.

How To Record Phone Calls on Samsung Galaxy S8/S8+ in High...

April 13, 2019
We use cookies to ensure that we give you the best experience on our website. If you continue to use this site we will assume that you are happy with it.Ok