We are nearly halfway through 2018 and have already got an idea of where the mobile industry is going. Infinity Displays, Notches, the absence of 3.5mm audio jack, etc. are the things which are part of every other device which is being released. There is one more thing which is picking up pace now and that is the number of camera sensors being installed in a single module. The general idea that is being shoved down our throats is that number of camera sensors means better image quality. But Google begs to differ with this notion. The Google Pixel and Pixel 2 are still considered to have one of the best cameras on smartphones and both the device comes with single camera setup. The exceptional image quality they manage produce is because of the brilliant camera app built by Google. 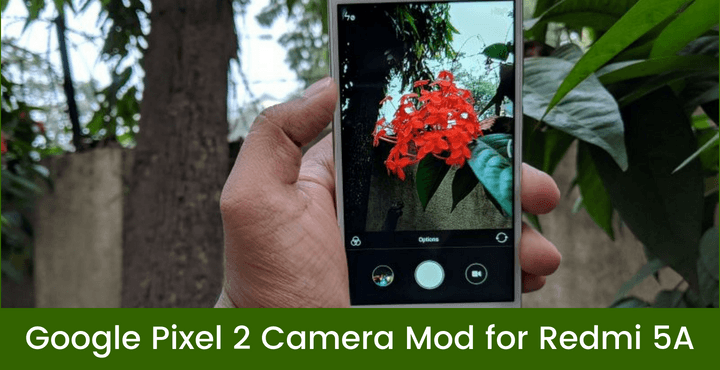 Note: If video recording is your thing than stop here, as video recording is not going to work after you install Google Pixel 2 Camera App on Redmi 5A. Another trade off would be your stock camera app, to make the Google Camera work on the Redmi 5A, Camera2 API needs to be enabled. When that is enabled though, the stock MIUI camera stops functioning.

How to Install Google Pixel 2 Camera App on Redmi 5A

How to play PUBG Mobile on PC with Keyboard and Mouse

How to Fix “adb not recognized” Error In Windows

November 19, 2019
We use cookies to ensure that we give you the best experience on our website. If you continue to use this site we will assume that you are happy with it.Ok