If you have been rooting Android devices then you must have heard about Magisk. This tool has gained immense popularity in recent past due to its ability to have root access while still passing SafetyNet. This is a feature which Google uses to determine whether your Android device is rooted or not and if it’s found rooted then certain apps will cease to work. For example, Pokemon GO wouldn’t work on a rooted device. However, the recent update to Pokemon GO introduced its own detection system on top of SafetyNet, which made Pokemon GO unplayable on a rooted device. An XDA developer, topjohnwu, released Magisk 16.3, in the latest update he removes Pokemon GO from Magisk Manager’s internal list and now allows you to manually add it to MagiskHide. You can download Magisk 16.3 from the link provided at the end of the post.

The developer also reiterated that he is working on Magisk which supports Galaxy S9/S9+. According to him, it’s taking longer than usual due to the devices’ Project Treble implementation. Anyhow, at this time download Magisk 16.3 and play Pokemon GO on your rooted device without any issue. 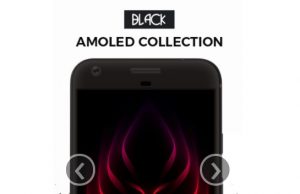 Zunair - June 21, 2017 0
Majority of smartphone users are not aware of the fact that the display is the most battery hungry element of any device and if...