In 2016 people witnessed Pixel series for the first time. Pixel and Pixel XL were the first devices completely designed by Google itself. Pixel was launched in place of Nexus series, manufactured by HTC, both the devices were high-end performers featuring an outstanding camera, great build quality, and stock Android software. Now once again it’s that time of the year when rumor mills about the specs, design and release date of Google Pixel 2 are in full swing. In this post, we will look at the Google Pixel 2 release date, design, specs and price tag.

Google Pixel and Pixel XL are still being criticized for their generic design, high price tag and proper water resistance. We hope Google will address these issues in Google Pixel 2. Anyhow, initially it was rumored that this time Google has decided to go with three devices codenamed Walleye, Muskie, and Taimen. Walleye is supposed to be the smallest (Pixel) while Muskie will be the successor of Pixel XL and Taimen will be something bigger than Pixel XL. However, it’s being reported now that Google has decided to go with two devices only which would be Walleye and Taimen. Yes, they have decided to drop the Muskie.Which means, this fall, we will see Walleye (Google Pixel 2) and Taimen (Larger version of Pixel XL).

Both Walleye (Google Pixel 2) and Taimen (Google Pixel XL 2) will offer high-end specs obviously. Google Pixel 2 will feature a 4.97-inch display with Full HD resolution. It will be powered by the latest Snapdragon 835 chipset and have 4 GB of RAM. Google Pixel 2 will have at least 64GB to offer as storage, however, there is quite a chance that we will bigger storage option as well. The thing to note as far as specs are concerned is that it’s being said that Pixel 2 feature two front-facing stereo speakers. These two stereo speakers are incorporated at expense of 3.5 mm headphone jack. Hold your horses, guys, these are just rumors and could be wrong. There is not much information available on the camera of Google Pixel 2, but we are sure that the cameras on both devices will be great.

There are no drastic changes in design being made, the design of Pixel 2 and Pixel XL 2 are more or less similar to Pixel and Pixel XL. So, if you were one of the critics of the design of Pixel and Pixel XL than there is nothing exciting here for you. Anyways, you can expect a metal body with large bezels to accommodate two front-facing stereo speakers with the same little glass window on the back. Only this time glass will no longer surround the fingerprint reader on the back of the device. 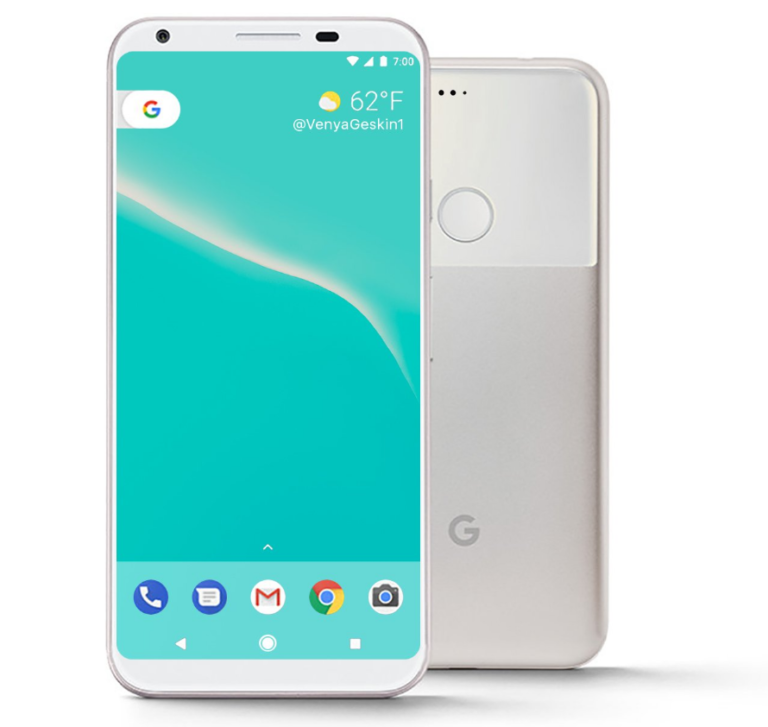 On the other hand, Pixel XL 2 is to get a very different design for the front. Rumors suggest that Google Pixel XL 2 will have small bezels design just like Samsung Galaxy S8 and LG G6. This makes sense, as Pixel XL 2 sports 5.99-inch display already so more bezels means the size of the device would exceed the comfort of users.

Well, as we explained earlier, Google is not planning to launch Google Pixel 2 and Google Pixel XL 2 as mid-range devices. Pixel line is to be continued as a premium and flagship line of devices. Therefore, we can expect the price of Google Pixel 2 Pixel XL 2 devices in the neighborhood of $700 to $800. This might sound ridiculous to some but if we go by the rumors it’s not that much to ask.

That’s all we know about Google Pixel 2 as of yet. If you have anything to add to the information, please drop it in the comment.

January 19, 2018
We use cookies to ensure that we give you the best experience on our website. If you continue to use this site we will assume that you are happy with it.Ok